Alligators, most especially the American alligators, started to land foot on the earth the moment dinosaurs did. The later were already in extinction for almost 65 million years. With this, American alligators are considered to be ancient predators. They are situated in marshes, lakes, swamps and rivers. Stumbling upon them is most possible when you are in the United States. During winter, these alligators go to full hibernation. In the year 1987, it was declared officially as a reptile. This was done in Florida. It was even made a mascot in the University of Florida. These were just among the various facts about alligators. 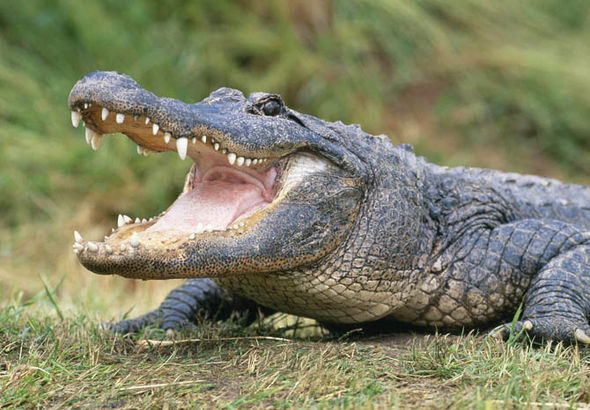 Things you do not know about alligators

Male alligators usually grow 3.4 to 4.5 meters. This is their typical length. As for the female, it may only be for about 2.5 to 3 meters. Indeed, the male may be longer than that of the female. Half of the said length features the tail. Their tail is not just long. It is also powerful. Adult alligators can be in various colors. They can be in gray, brown or olive. There are those in black. Hatching is black coupled with yellowish stripes.

By nature, American alligators are carnivores. Meaning, they munch in turtles, birds, small mammals and snakes. Despite this though, they also eat carrion. This occurs at some point. They do this whenever there is a scarcity in their prey. Hatchlings are just fine with frogs, tadpoles, small fish and insects.

Most hatchlings wait for 8 years, to a maximum of 13 to mature. As for the mating season, they usually do it in spring, around April to May. In the process, the male would be attracting the females through sounds. They have this so called infrasound, which resembles bellowing. The moment they are done with mating, eggs will be lain. These may reach 60. The least is 25. They need a nest for this. The nest is simple. The female only needs to utilize leaves and vegetation. After, the female will also cover these eggs. This will be done through the said vegetation. The leaves are used to make sure that the right temperature is kept prior to hatching. This is important.

The gender of the hatchling may be determined through the temperature. This is true for the alligator egg. For example, the temperature goes around 90 to 93 degrees Fahrenheit, expect for it to hatch male. If it is lower than 86 to 82, it is the other way round. If by any chance, the temperature is just in between, the gender is a mix. Yes, that too may occur.

When the eggs hatch, they will only be six inches long. It may exceed to eight. Regardless, they are independent already. They will only be under the care of their mother for two years. Afterwards, they can go alone without any assistance.

American alligators have the reported life span of 30 to 35 years. If they are taken care of, they may reach 50.